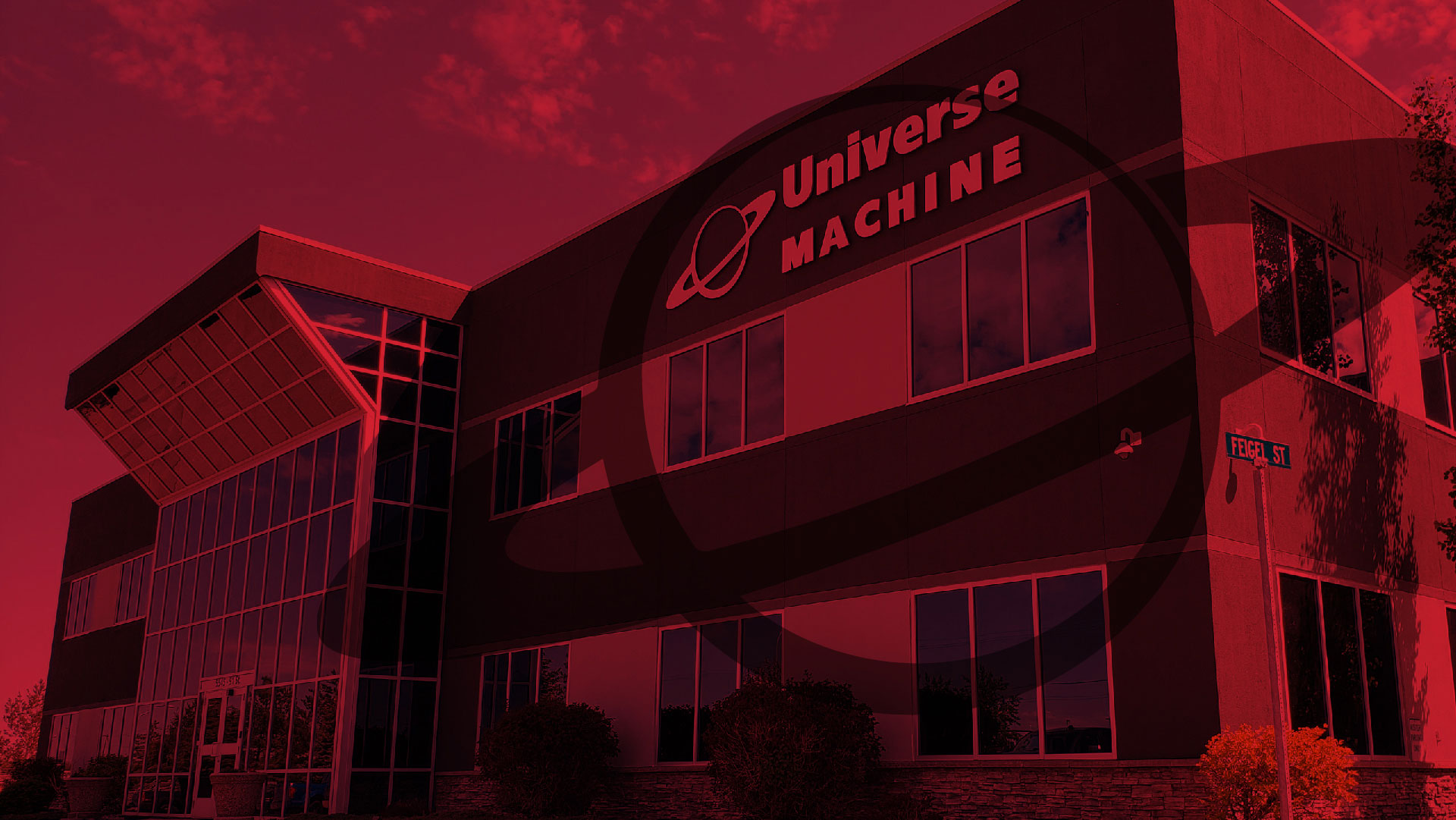 UNIVERSE MACHINE CORPORATION has been trusted since 1965 to manufacture, modify and repair metal products for heavy industry, and provides a wide range of specialized products and services in its three divisions located in a modern facility incorporating over 100,000 sq. ft. in Edmonton, Alberta, Canada. The company is known as a reliable manufacturer, an innovator, and a wonderful place to work in the province. Universe Machine was founded by Kurt Feigel Sr. He arrived in Canada at the age of 18 in 1960 and planned to stay for a year or two. Sixty plus years later, he is still here.

In 1965 Universe Machine was a three-person operation in a 2,000 square foot building. By the end of the 1980s and after three expansions and growing assets of large equipment, the building had grown to over 50,000 sq. ft.in Edmonton’s southeast industrial area. The 1980s was also the beginning of the innovative and high-quality line of Universe Power Tong Energy Equipment, engineered and built in-house, and sold in many countries around the world. Universe product expansions later included industrial waste shredders for the forestry industry, and a variety of valve test stands.

Today, Universe Machine continues to be a leading company in Edmonton and in Alberta, both in the products it produces and the way the team is led. It is a family business with both Kurt’s family and original employee’s families working together. The oldest son, Kurt Jr. took over the reins as president in 2014 with a broad vision to expand, diversify and modernize Universe Machine as a leader in Western Canada and globally for manufacturing. The third generation of Feigels, which includes Kurt Jr.’s sons, comprise the next generation of the family working in the business.

Universe Machine has grown to include the following divisions:

Valve repair and modification Division includes the largest facility of its kind in Canada. As the “authorized” repair/modification center for numerous valve companies, and the only Canadian Company that is a member of the Valve Repair Council, Universe offers diverse and specialized services ranging from hydro-testing, trim changes and extensions to full valve refurbishing back to OEM specifications. Universe Engineering services provide CRN# and certified processes accordingly.

Trusted since 1965 to manufacture, modify, and repair metal products for heavy industry. We will work with our customers, employees, and suppliers in an honest and fair manner, using the best technology to provide products at a competitive price. Management strives to provide an ergonomic and healthy environment for the employee and public welfare. We are committed to maintaining a registered quality management system that meets International Standard ISO 9001:2015.

Trusted since 1965 to manufacture, modify, and repair metal products for heavy industry.